Caught Speeding 25mph Over the Limit? How We Can Help

Home » Caught Speeding 25mph Over the Limit? How We Can Help

As most of us are aware, speeding tickets are typically more of a nuisance than anything else. We’re forced to pull over, explain our situation, and usually end up late for work, an appointment, or just end up leaving the situation frustrated. That said, most speeding tickets can get dismissed fairly quick if you have an experienced attorney handle the matter.

However, the situation can be quite different if you are accused of speeding 25mph over the posted speed limit. Below is some useful information to know if you find yourself in such a situation.

In Jefferson Parish, the District Attorney’s Office will usually not give reductions for speeding tickets if you have been cited for exceeding the posted speed limit by 25mph or more. This means that your citation will likely not be dismissed, nor will the prosecuting office be willing to accept any argument against the charge.

If the District Attorney’s Office is not willing to reduce your ticket you may still have one option, however. Under Article 894 of the Louisiana Code of Criminal Procedure, an accused offender may enter a guilty plea in exchange for an opportunity to have the conviction expunged after a successful completion of a probationary period.

When you enter an 894 plea you are pleading guilty to the accused offense and will have to pay the cost of the ticket. Typically, a fine for exceeding the posted speed limit by 25mph is $250. However, if the plea is accepted and you do not receive another traffic ticket for the next 30 days, the ticket will not be reported to your insurance company. This means your car insurance premium won’t increase due to the ticket.

Although an 894 plea is technically not meant to be used for traffic citations, most district attorney offices and courts will allow you to enter this type of plea. Prosecutors and judges understand that there may be situations in which an individual may not be deserving of the full punishment to which they face, and will allow them to plea for a reduced penalty if they can show that they are typically safe drivers.

As mentioned above, when an 894 plea is accepted by the judge you will be required to pay the cost of the ticket and relevant court costs. However, the ticket will not be reported on your driving record, as long as you do not receive a ticket within the next 30 days. The court will provide a notice of the amount you owe, as well as a deadline for payment.

Additionally, a judge will typically require you to be on probation for up to 6 months and for you to participate in a driving school. However, a skilled and experienced attorney can persuade a judge to waive these consequences and save you the cost associated with them. 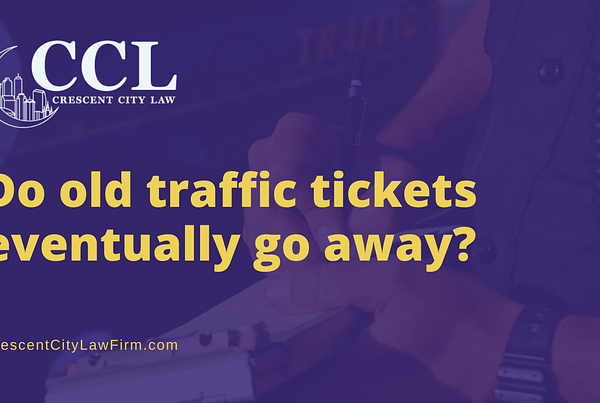 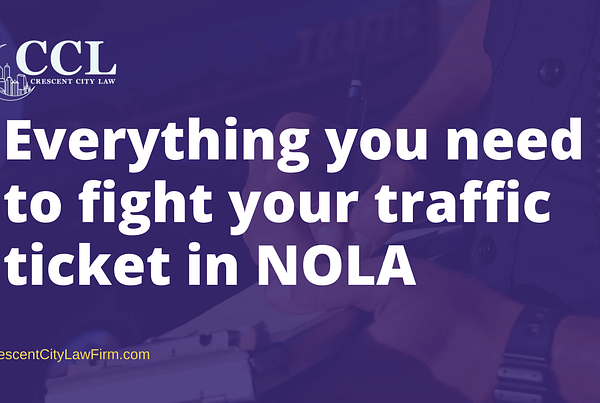 Everything you need to fight your traffic ticket in NOLA

Click here to download the free guide “I got a traffic ticket, now what?”
Away on Paternity Leave!

Office will be closed Dec Friday the 11th - January 11th