Home » How does fighting a traffic ticket differ from fighting an accident ticket?

On the surface, it may seem like a traffic ticket and the citation you received after a car accident would the same but they are actually quite different.  They are treated differently by the judge and prosecutors, so the strategy for fighting a traffic ticket versus an accident ticket is distinct, too.

The main difference between fighting a traffic ticket versus fighting a car accident ticket are the evidence that must be presented to the prosecutor and judge– and the possible consequences of pleading guilty.

What are the possible consequences of a traffic ticket?

When you fight a traffic ticket, you only have the ticket itself to worry about and the repercussions of having the incident on your driving record.

If you plead guilty to a speeding ticket or other moving violation, it goes on your driving record and is reported to your insurance company by the DMV. Insurance companies will often raise your rates. This is why many people choose to fight their ticket in traffic court.

Why are tickets issued after an accident, and what are the consequences?

Louisiana law requires that police respond to the scene of a car accident and write a police report based on the investigation at the scene. Unfortunately, in most cases the responding officers write a ticket to the drivers they “feel” were at fault. In most cases, the police write a ticket for careless operation of a motor vehicle or failure to maintain control of vehicle. But in some cases, the driver will be cited for the specific action that caused the accident, like running a red light or texting while driving.

When the officer writes the ticket, he or she is supposed to check a box on the ticket that specifies “accident.” In rare cases, checking the “accident” box can lead to increased penalties if you plead guilty to the ticket.

This is why it’s so important to have an experienced traffic attorney working on your behalf.

If you plead guilty to an accident, the following things can happen:

The above costs don’t include the cost of the ticket itself. In Orleans Parish, accident tickets average about $300, while an accident ticket in Jefferson Parish will set you back about $150 in court costs plus between $50-$100 in fines.

An experienced traffic attorney will work to prevent your insurance company from penalizing you as much as possible and mitigate the “double whammy” of the insurance rate hike and the cost of the ticket. In addition, if you were injured in the accident you may be able to make a personal injury claim.

In order to make your case about an accident ticket, you must provide the following, even if you do not believe you were at fault:

In Louisiana, prosecutors require you to provide a restitution letter from your insurance company before they will dismiss or reduce the ticket you received for a wreck. An attorney can help you obtain this letter, which answers, one of the following questions:

See this document as a sample of what a letter of restitution request looks like.

The court typically presumes that the person who was issued the ticket is “at fault,” but that presumption can be overcome with evidence. If you have evidence to show you were not at fault in the accident, bring it to your lawyer’s attention so they can introduce it as evidence in defense of your case.

If you have received a traffic ticket or accident ticket in Orleans, Jefferson, or St. Charles Parish, an experienced attorney can walk you through your options and determine the best strategy for fighting the tickets. Contact Crescent City Law today for your free consultation or submit your ticket online by clicking here. 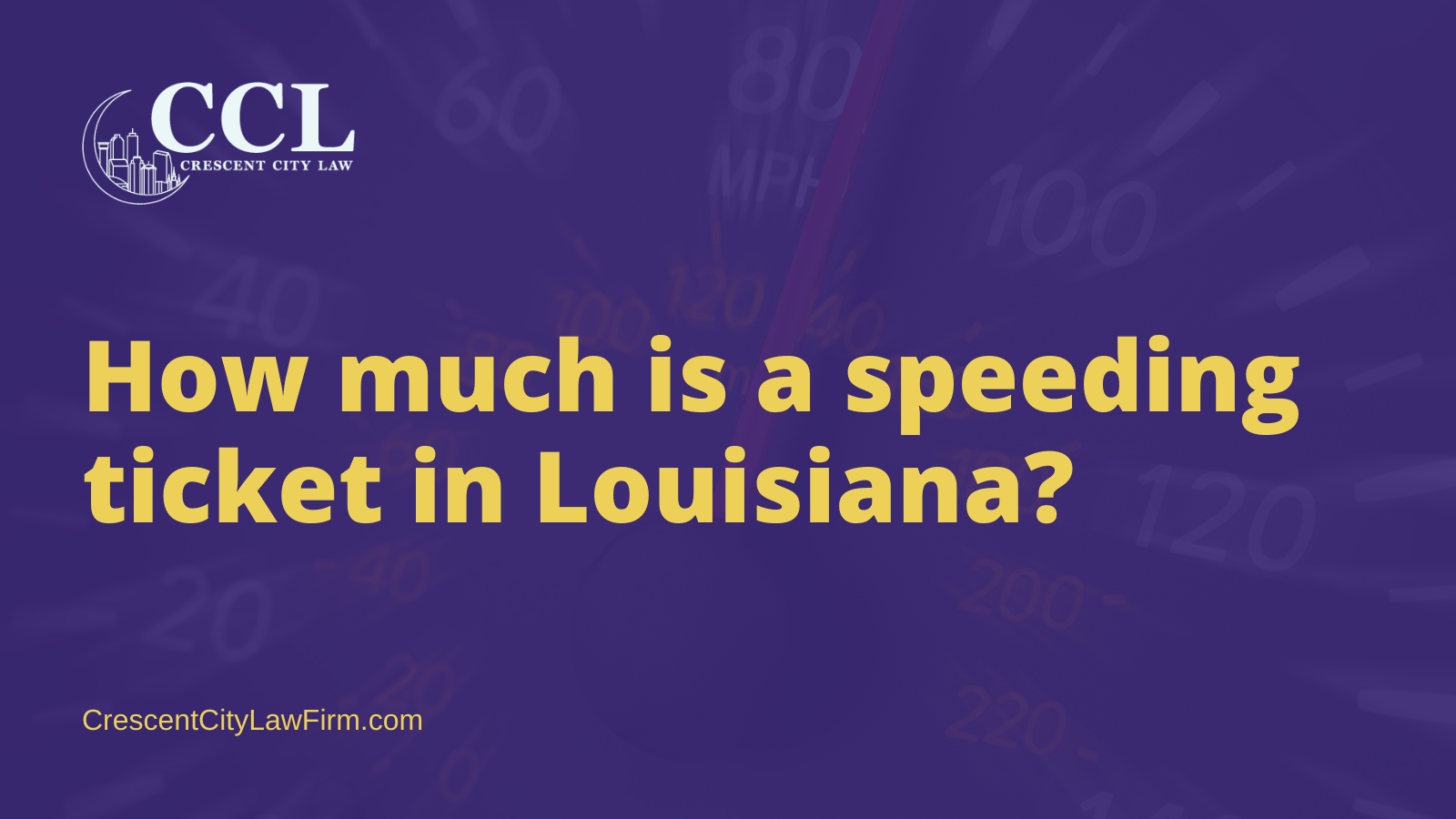 How much is a speeding ticket in Louisiana? 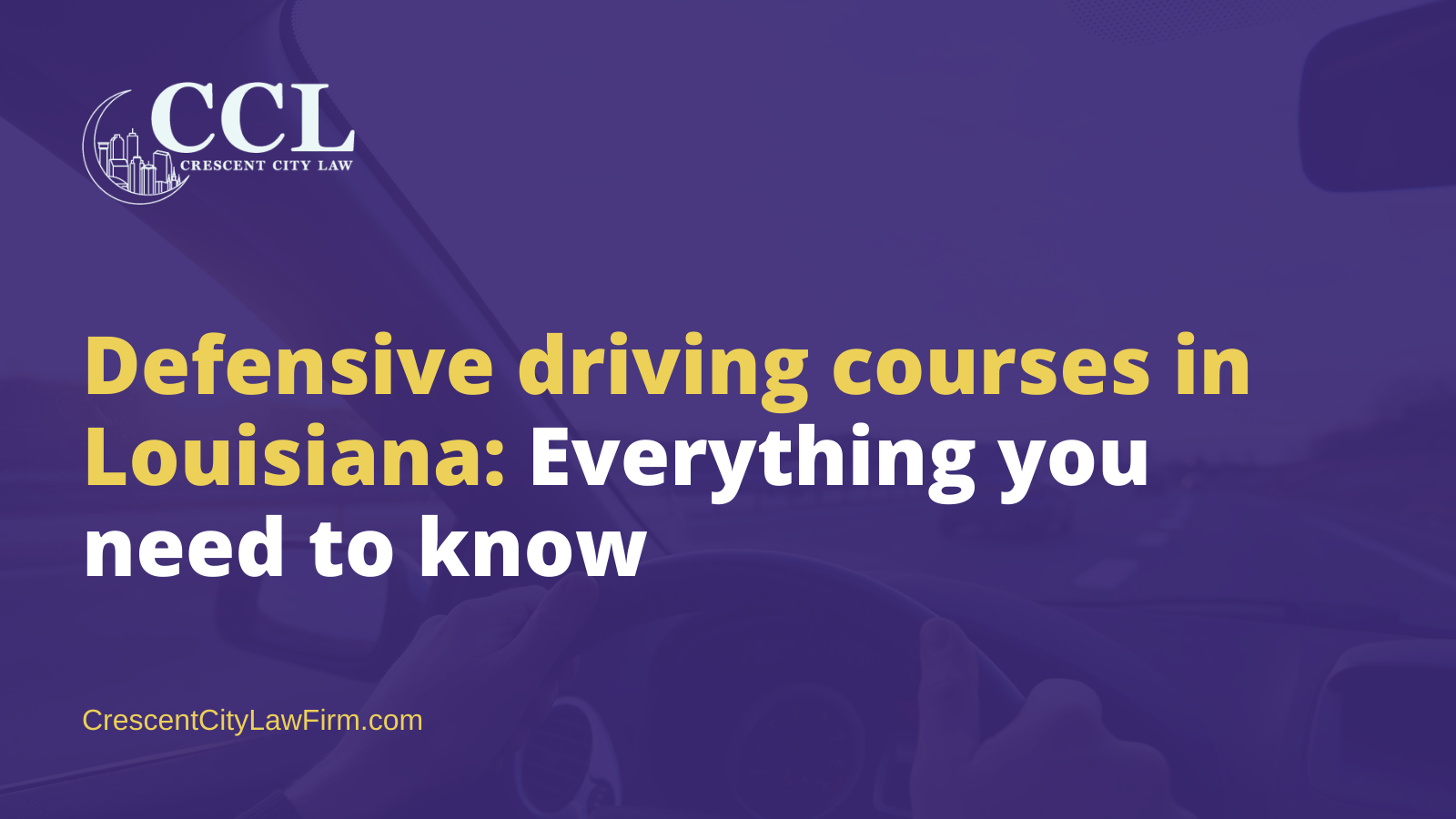 Defensive driving courses in Louisiana: Everything you need to know 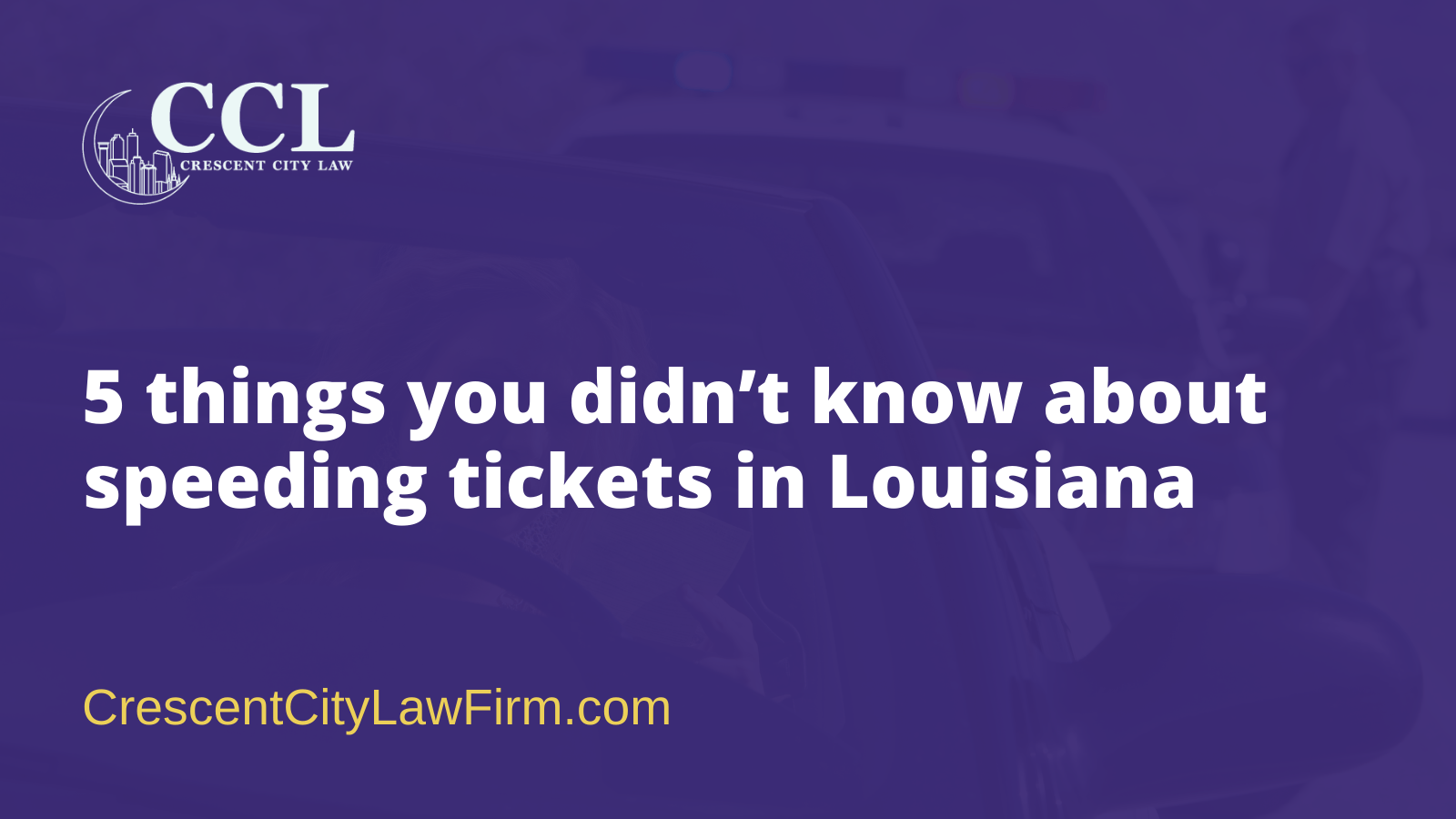