Let’s be honest, at one point or another most of us have been driving down the highway and seen blue and red flashing lights behind us. After you pull over the police officer promptly informs you of your speeding, and you are subsequently issued a ticket. Sometimes, you’re not issued a ticket for speeding and you’re surprised to be issued a ticket for “failure to obey a traffic control device.”

Your first question may be, what is a traffic control device? Followed by, what’s the difference between this and a speeding ticket?

This article discusses the traffic control device ordinance in the City of New Orleans, and some of the differences between this type of violations and other tickets you may have received in the past. Moreover, we provide some insight into measures you can take to ensure your best defense is put up against these increasingly prevalent tickets.

Under section 154-234 of the New Orleans Code of Ordinances, all drivers must obey the instructions of any official traffic control device placed throughout the city. Generally, a traffic control device is any light, sign or other instrument that is meant to direct motorists on how to drive. This includes traffic lights, construction signs, and in relation to the example at the beginning of this article, speed limit postings.

In the above example, technically, you have committed two violations: the act of speeding itself, and not obeying the posted speed limit on the traffic control device. In New Orleans, the officer that pulled you over has discretion on whether to issue you a violation for speeding, disobeying the traffic device, or simply let you off with a warning.

In all of these examples, the driver has not only committed moving violations for running a red light, etc., but the driver has also failed to obey the control device.

Again, using the speeding example, the officer can issue you one of two tickets. While speeding violations can differ according to how fast over the posted limit you were travelling (these can range from $157.50 to having to make a court appearance for 20 mph over the limit), disobeying a traffic control device does not provide such latitude.

If you receive a ticket for disobeying a traffic control device instead of speeding, it likely means that the officer has given you a bit of a break, but there are still consequences of pleading guilty.  Under the New Orleans Code, not obeying a traffic control device has a standard fine: $152.50 plus court costs. Pleading guilty to these offenses is a moving violation–they will be reported to your driving record and will cause your insurance to go up!

Nevertheless, even though you believe you may have been “let off easy” by being issued a smaller fine, your best bet is to still fight the ticket in court. There are many nuances to the law of traffic control devices in New Orleans. For example, you cannot be issued a ticket if a sign was not properly visible to the driver. This is one of many.

If you find yourself in the unfortunate position of being issued one of these tickets, you should contact a New Orleans attorney that specializes in traffic laws and all that these laws entail. By contracting an experienced and qualified attorney in this area, you may save yourself money on the fine, but also avoid points being taken off of your license or your automotive insurance increasing. 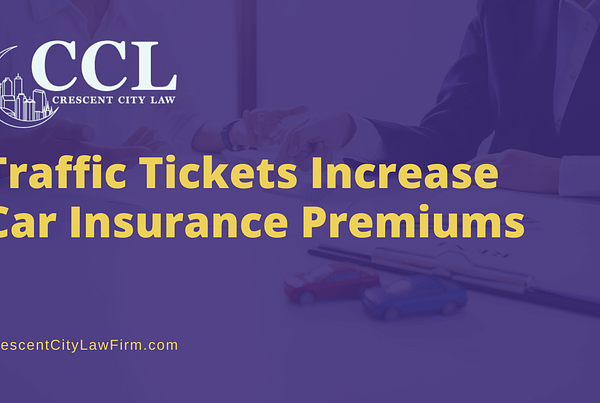 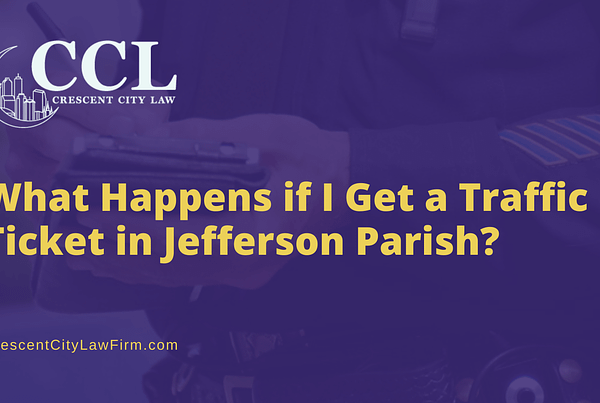 What Happens if I Get a Traffic Ticket in Jefferson Parish?