What are the Consequences of Missing Your Traffic Ticket Court Date?

Home » What are the Consequences of Missing Your Traffic Ticket Court Date?

Though it is tempting to skip a traffic court date, doing so has the potential to make your life miserable.  Even if you are completely innocent of the alleged offense, you should still show up to your scheduled traffic court appearance date.  Otherwise, you might be arrested for failure to show as demanded by the court, your license might be suspended, and you may be fined for contempt of court.

Use your mind’s eye to envision a scenario in which you are too busy with work to attend traffic court or simply decide to skip the court date in protest.  The traffic court judge might issue a bench warrant to have you arrested. Though this outcome seems egregiously punitive, it happens more often than most people assume.  However, if the violation in question is comparably minor, the police probably won’t actively pursue you. Unfortunately, even if the police do not pursue you, there will still be a warrant out for your arrest.  If you are subsequently pulled over for another traffic offense such as speeding, the police officer will find the warrant, arrest you and put you in jail.

If you are even slightly concerned your busy schedule will prevent you from showing to your schedule traffic court appearance, do not simply blow it off and assume everything will be fine.  Be proactive by reaching out to the court to have your court date rescheduled. The court should be willing to reschedule your appearance. When in doubt, lean on an experienced traffic ticket attorney to handle this matter on your behalf.  Our legal team understands the approaches and strategies most likely to convince the court that a rescheduling of your appearance is absolutely necessary. Furthermore, we will fiercely represent your interest in traffic court with the goal of having your ticket reduced or completely eliminated.

Avoid a Bench Warrant at all Costs

Fail to appear for your schedule traffic court date and you will likely be issued a bench warrant.  This type of warrant is issued for the failure to appear at traffic court on the date in question. Bench warrants are also issued for the failure to comply with an order issued by the court such as paying a fine or performing court-mandated community service.  If the police pick you up on a warrant, there is a good chance you will be forced to stay in jail until your court hearing takes place.

Arrest warrants are issued if there is evidence that proves you committed a crime.  A police detective or police officer can request such a warrant to be issued, resulting in holding you in jail until the arraignment takes place.

Avoid Fines and Jail for Contempt of Court

The judge can impose a fine immediately after you miss your traffic court date and you are found to be guilty of failing to appear.  Those found guilty of contempt of court repeatedly also face a jail sentence for contempt. Adding salt to the wound is the fact that the court can tack on an array of fines ranging from a fine for “Failure to Appear” to administrative fines and beyond.

Can you imagine trying to live a normal life without your vehicle?  You worked hard to purchase or lease your car. There is no sense jeopardizing your right to operate a motor vehicle by skipping your traffic court date.  Sadly, some of those who fail to appear in court are punished with a driver’s license suspension. A suspended driver’s license will prove to be a major problem if you are subsequently pulled over.  The police officer will likely arrest you for missing your traffic court date and also for driving while your license is suspended. Furthermore, a suspended license will trigger fees that must be paid for reinstatement.  Your auto insurance provider might tack on additional fees as well.

Reach out to us today to discuss your options with a schedule a Free Consultation. 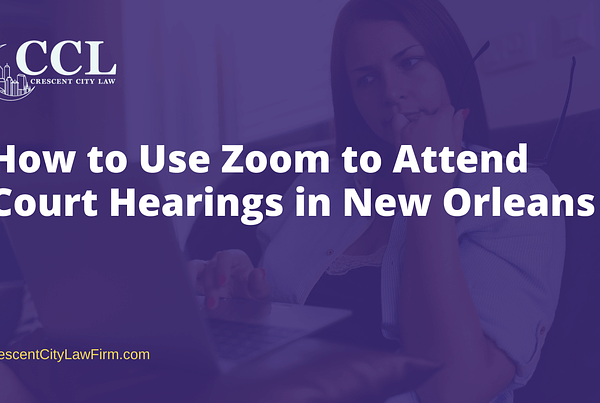 How to Use Zoom to Attend Court Hearings in New Orleans 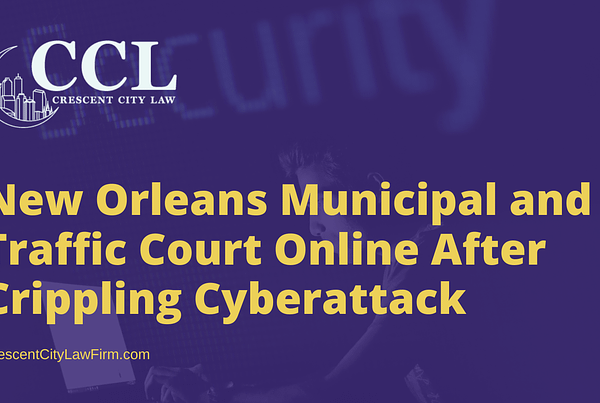 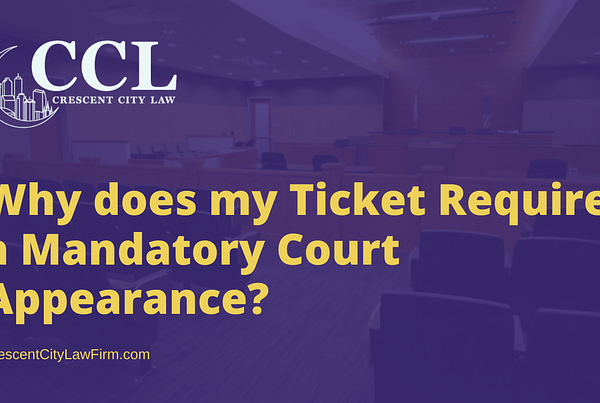 Why does my Ticket Require a Mandatory Court Appearance?