Traffic tickets are unfortunately common – especially in cities like New Orleans. But it’s hard to know whether you should just pay the ticket or try to fight the charge. Luckily, John Radziewicz of Crescent City Law, in New Orleans Louisiana, is here to answer all your questions about the various types of tickets and how to work with your traffic ticket attorney to fight them.

I’ve gotten a traffic ticket in New Orleans. Should I just go pay the fee?

No. The best thing to do is to hire an attorney to discuss your options and fight your traffic ticket.

Many people don’t realize that when you plead guilty, you’re admitting fault for the ticket, and your conviction is going to be reported to your driving record.

After that, your insurance is going to go up.

To make things worse, traffic tickets have an impact on your credit.

But ultimately what we as traffic ticket lawyers are able to do is save people a lot of money by getting cases dismissed or reduced, keeping them off your record in the long-term.

Why shouldn’t I just plead guilty?

Sometimes you’ll be offered a deal: if you plead guilty, your fine will be lowered.

But there’s two things you should know there.

So does that mean it’s best to go to trial?

Many cases can be worked out by a plea deal with the District Attorney.

The best case scenario is that your attorney can show that there’s evidence in your favor (i.e., you have insurance), and you can demonstrate to the court that you shouldn’t be convicted of the traffic ticket at all.

Trials, then, are typically reserved for cases where no deal can be worked out or where you’re accused of something very, very serious and the D.A.’s office is doing what’s in the public’s best interest by having a trial on your case.

What about tickets that count as misdemeanors?

Some more serious traffic tickets (like reckless operation of a vehicle) are actually considered misdemeanors. Should you fight these types of charges?

Absolutely. Any time you’re charged with a misdemeanor crime, there’s a possibility of future jail time in addition to the night you might have spent in jail before you were released.

And oftentimes you don’t know what your rights are, so you should hire an attorney (or at least consult with an attorney) to determine:

These defenses can be either procedural or evidentiary.

A procedural defense might be that there was something deficient in the way you were arrested. For example, if the cop didn’t read your Miranda rights to you.

The other reason you should hire a lawyer is that the Constitution gives you:

And what about red light tickets?

What if you get a ticket for running a red light? Should you pay that?

Crescent City Law doesn’t represent people for camera tickets at all because those are not moving violations.

If you are cited for a camera ticket, my recommendation is to pay it, and Crescent City Law can help you with that.

However, if you don’t pay them, of course, there are consequences, like having your car booted. You could also have issues renewing your license and renewing your registration in the future.

These questions and answers are taken from an interview John Radziewicz did with Small Business NOLA. Watch the full clip on Crescent City Law’s YouTube page here.

If you or someone you know has received a traffic ticket of any kind, Crescent City Law is here to help. Contact us today to schedule your free consultation so that you can move past this ticket as soon as possible. 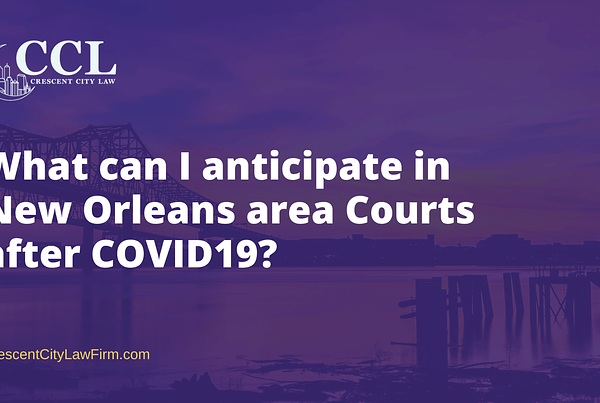 What can I anticipate in New Orleans area Courts after COVID19? 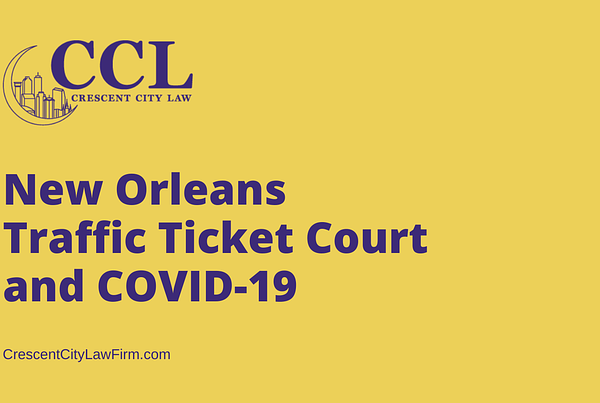